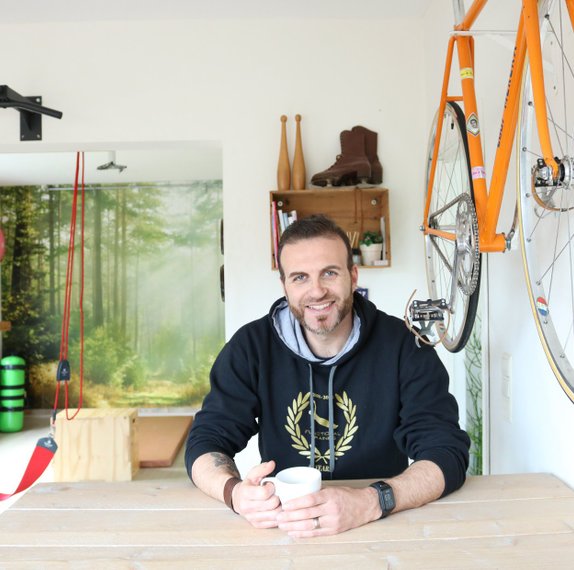 I've always knew I wanted to become a personal trainer. Well, that's not entirely true. When i was about 5yrs old I wanted to be a garbage collector, just because they could hang at the back of a moving truck. But let's say that after that phase I made my mind pretty clear that my life would have been into sports. I've been a talented biathlete, a national champion in Decathlon and later enjoyed an international rugby experience but strangely enough I've never dreamed of a professional athlete's career. I started my medical studies at the University of Turin just before moving to Scotland where I studied Sports & Exercise physiology and got my BSc in Sports Medicine in 2002. It was during my studies that I got deeper and deeper fascinated with functional training. A love at first sight that influenced the rest of my professional career when I moved to Belgium two years later and I opened one of the first personal training studio of the country based entirely on the principle of functional training. 15 years later, I've built a strong brand and an education company that are leading the way.

For any questions, bookings or feedback, please fill the form below and I promise I will get back to you within two working days. If you prefer to call, my office is open every weekday from 9 to 5 and my assistant will be glad to help you. Want to book an appointment straight away:

As an independent fitness & health specialist I combine personal training for individuals/companies with professional education courses for trainers. In both cases is my aim to deliver the best possible experience to the participants involving them in exciting and inspiring training sessions.